In Topodrome three performers share some musical material, which they diverge from (as soloists) and return to at varying points of the piece, coinciding in different combinations at several meeting points. The piece is a ‘guided improvisation,’ through a notated and graphic score, for piano, violin, oboe, video and manipulated sound. It comes out of my interest in the individual’s place/space within the larger environment. I see my role in this piece as not so much the composer but as a kind of director, and this is evident in the form that it physically takes: a collection of media that reference and reflect off each other.

I wrote three Duos for vibraphone and piano between 2002 and 2008. Duo 2 was written in memory of Patricia Kirke, a neighbour of mine killed in a road accident, and tolling bell sounds can be heard. It has a faster middle
section.
Duo 3, the fastest of the three, had no particular impetus other than writing for a forthcoming concert when I duetted with Anthony Green, piano. The whole piece, including the slower middle section, is based on the opening phrase.

Rotas, for three players at one piano, has the performers playing similar musical material at different points in the piece, using a printed table to determine when to play – almost like a work rota.  The title ‘Rotas’ was chosen to also reflect on the ‘Sator Square’ – a word square containing a Latin palindrome which may read top-to-bottom, bottom-to-top, left-to-right, and right-to-left:

One likely translation of the Sator Square is “The farmer Arepo has [as] works wheels [a plough]”; that is, the farmer uses his plough as his form of work.

Oxleas Wood is the first piece from ‘South of the River’ (1993-4), a suite for piano duet in 6 movements depicting various parts of South East London. Oxleas Wood is a 7,000 year old wood two miles up from Greenwich which, at the time I wrote the piece, was threatened by a motorway development through it, but stopped by a successful local campaign. The wood affords a magnificent view of Kent, and I attempted to capture a feeling of spaciousness in the music.

This piece was commissioned for the Chamber Music Exchange by Thalia Myers, and was [first] performed in three concerts as part of that scheme in 2000 in Bath, Oxford and London.
The constant low dynamic and regular pulse, together with repetitions of notes from one instrument to another [the piece is a strict canon], create a hypnotic minimalist piece where subtle and surprising harmonic effects take place.

Sound and Silence are both needed in music, and they are compared and contrasted in this basic piece of music. 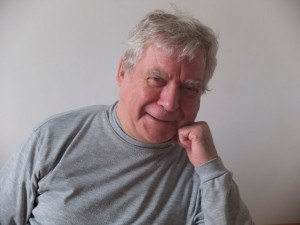